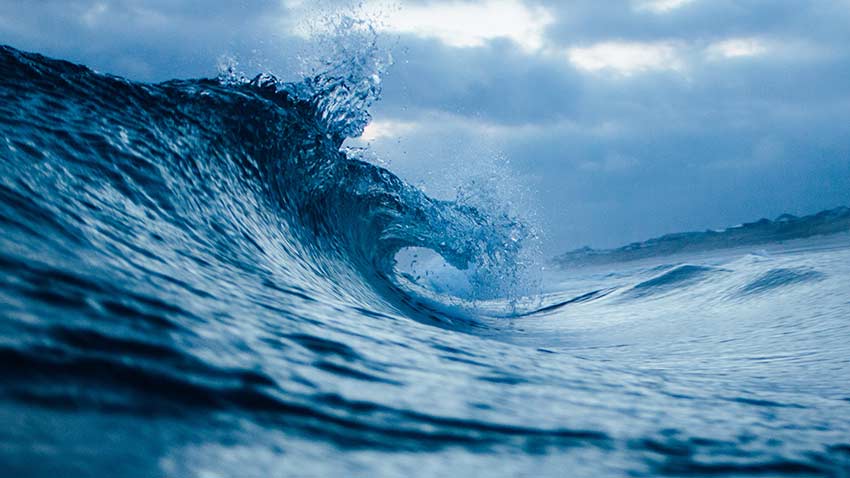 Hurricanes have a way of shattering our perceptions of reality.  As I watched the tragedy in the wake of hurricane Katrina – and to a lesser extent Rita – on the US Gulf Coast, what struck me was how precarious our day-to-day lives really are.  Our society is built on a foundation of inter-dependence as we rely on one another for various essentials such as electricity, security, food and other commodities. We live in a world of “just-in-time” needs in which I don’t perceive the need to stockpile large quantities of food, water or gasoline.  If I need these items, I believe – usually quite accurately – that they will be available to me.  Yet, as demonstrated by the recent hurricanes, the reality is that most of us could go from comfortable existence to a survival state in a matter of days.
Many people in the Lower Mainland have prepared disaster kits in the event of our own natural catastrophe – most likely an earthquake.  However, I am guilty of being among those that haven’t adequately prepared.  The reason for this is not that I am unconcerned for the welfare of my family but rather that I have allowed myself to be lulled into the comfortable misperception that somehow it won’t happen here, or that if it did I would be able to deal with it at the time.  However, given the reported probability of a major earthquake, my lack of preparation probably more represents a psychological defence in order to reduce my anxiety.  As Aldous Huxley writes, “Facts do not cease to exist because they are ignored.”  By minimizing my perception of a major disaster occurring here, I can remain non-anxious and blissfully ignorant – until reality hits.  At which time, the relatively small cost and effort it took to prepare a disaster kit will be dramatically outweighed by the benefits of having done so.

“when the only tool you have is a hammer,
all problems begin to resemble nails”

No, this is not a doomsday article, because I am not of that bent.  Nor is it about instilling guilt.  In fact, it is not really about disaster kits.  As a psychologist, I see on a daily basis how perception is an extremely powerful force.  Our perception, or misperception, of something – whether natural disaster, social interaction or belief about ourselves – will influence how we feel and behave.  For example, if I tend to perceive the world in a negative and fearful manner I may believe that the new boss will be difficult to please and that I must fear for my job.  I may then go about acting in a manner which brings about this self-fulfilling prophecy.  Ralph Waldo Emerson writes that “people only see what they are prepared to see”, and the eminent psychologist Abraham Maslow stated, “when the only tool you have is a hammer, all problems begin to resemble nails.”

Is it possible to put away the hammer and change our conditioned ways of perceiving things?  Fortunately, as adults we are free to reassess our ways of thinking and perceiving and hopefully arrive at a more balanced and reasonable perspective.  There are a number of psychological techniques available to assist with this process, one of which is the use of self-talk.  It is exactly what it sounds like – talking to yourself.  It can be out-loud or in-your-head, although when in public, the silent self-talk is usually more comfortable for everyone.  Consequently, I might challenge my original perceptions that my new boss is a difficult person by asking myself, “Is there actual evidence to support my belief?”, “What behaviours does she exhibit that are in fact contrary to my negative perception of her?”, and finally I may also appeal to reason by imagining, “What would ten reasonable, insightful and impartial people say about my new boss?”

Now this sounds simple, but you might be surprised at how many people have trouble doing it.  One of the main reasons is that it is a skill that takes time to learn and people tend to be impatient and want a quick fix.  As with any skill, such as learning to play the violin, we really only become competent at it if we make a conscious effort to practice it over time.  Many people then ask, “well, how long will it take?”  As a typical psychologist I usually answer, “well, it depends” – and go on to explain about individual differences.  Then I say that it generally takes about 9 to 12 months for a practiced pattern to become more automatic, but it will probably take 3 to 5 years for proficiency.  If this seems like a long time, think about how long it would take to feel proficient with the violin.  This is not to say that someone can’t make some very good gains in a much shorter period of time – because most do – it’s just that it will have to be a more conscious and deliberate effort during this early stage of change.  Speaking of change, it seems I have a disaster kit to prepare.